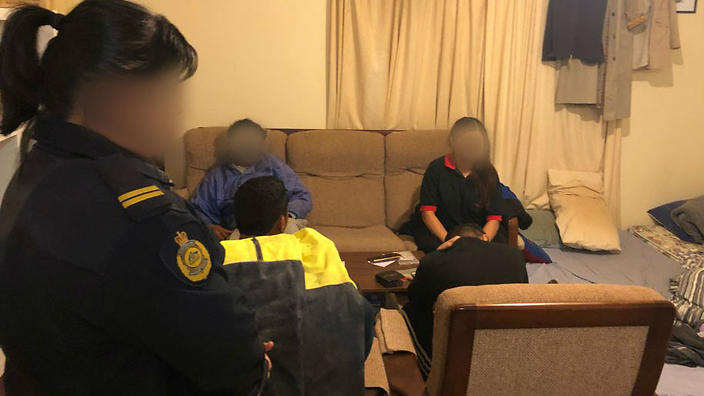 Three Indian nationals detained by the Australian Border Force (ABF) officials will be removed from Australia as soon as possible, a media release from the ABF said.

The ABF said the labour-hire intermediary who facilitated the illegal work was their target.

The officers also issued a $10,000 infringement to a farm in the region for employing unlawful non-citizens.

Earlier this year, ABF officers found a 62-year-old Indian national working illegally at a car wash business in the suburb of Browns Plains in Brisbane.

The man, who had a tourist visa, was allegedly being paid $12 per hour cash-in-hand. Tourist visa prohibits working in Australia.

According to the ABF, the person has returned to India and the owner of the car wash is facing further investigation.

ABF Commander of Field Operations, James Copeman, said that the ABF was resolutely determined to stamp out damaging and deceitful labour hire intermediaries operating in a number of different sectors including but not limited to the agriculture and construction industries.

“Not only are the individuals facilitating illegal worker exploitation and making large profits at their expense, they are also disadvantaging local businesses who do the right things by paying and treating their workers properly.

The ABF officers in recent weeks have carried out this operation at several other places across Australia and arrested five Malaysian and two Chinese women in Mildura, Victoria and Albany, Western Australia respectively.

In addition, three Malaysian tourist visa holders had their visas cancelled and were issued bridging visas on departure grounds.

“Our investigations are ongoing into all of the activity that has occurred in the past week, and enforcement operations will continue to occur,” Commander Copeman said.

Anyone with information about illegal work is encouraged to report it to the ABF’s Border Watch program by visiting http://www.australia.gov.au/borderwatch”