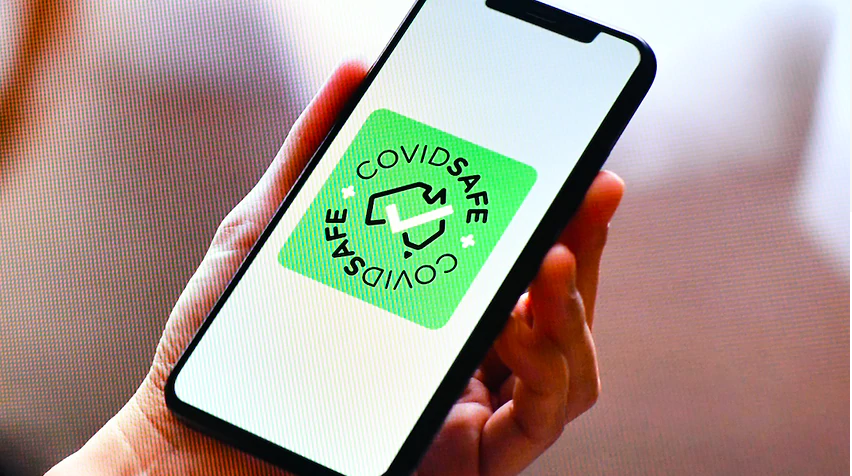 The initial takeup of a mobile phone app authorities hope will improve the tracing of COVID-19 cases has been strong, the government says.

More than one million Australians have downloaded the COVID-19 tracer app, which aims to help health officials identify people who may have come into contact with someone with the disease.

As of Monday 6am, 1.13 million had installed the app on their phones since it was launched on Sunday night. “We had hoped that perhaps we would get to the million mark within five days and we were lucky to get there within five hours,” Health Minister Greg Hunt said.

“Australians, just as they have done throughout the course of the virus, have responded magnificently and it is a simple thing.” Called COVIDSafe, the voluntary app has been backed by doctors, nursing, business and banking groups.

On Sunday, Mr Hunt said anyone concerned about privacy could use a fake name when they registered for the app.

“Yes you can – that’s legally available,” he said. The Australian app is based on Singapore’s Tracetogether software, which records the Bluetooth connections a phone makes with others so the user can give that data to state health authorities if they catch the virus.

While launching the app on Sunday, Mr Hunt said it will “save lives and protect lives”. “It is about assisting and finding those cases which may be undiagnosed in the community, helping people get early treatment, have early diagnosis and to ensure that our doctors and nurses, our health workers, our families and friends are protected,” he said.

The government hopes a broader testing regime and the contact tracing app will lead to a relaxation of the economic shutdown sooner. Prime Minister Scott Morrison told the ABC that only health authorities would have access to the data. “It’s another tool we need to get back to normal as much as we can,” he said.

He said the contact numbers picked up by a person’s phone are only downloaded by a health officer when someone gets the coronavirus and gives permission. “No other government agency can use this information, no one in the commonwealth government at all, and in state authorities, only the health officer can use it,” he said. “Not the police, not the welfare people, nowhere else. Just the health officer.”

Labor health spokesman Chris Bowen said the app had been activiated under the Biosecurity Act as an interim measure, but expects it will be legislated when parliament sits in mid-May and that will be important to assure Australians of their privacy.

“The COVID-19 COVIDSafe app will assist in the contact tracing process, that laborious slow process which, together with the marvellous community response, has been implicitly responsible for reducing the spread of COVID-19 in the community and flattening the curve,” Dr Bartone said.

Australian Nobel laureate and immunologist Peter Doherty said he would be signing up for it. “Anything that helps us wrestle COVID-19 to the ground is a plus. Any privacy any of us had pretty much disappeared when we started using mobile phones, searching online, buying stuff from Amazon or whatever,” he tweeted on Sunday.

New research from the Australia Institute shows that 45 per cent of Australians say they will download and use the mobile app, while 28 per cent say they won’t. A further 27 per cent were unsure.

People in Australia must stay at least 1.5 metres away from others and gatherings are limited to two people unless you are with your family or household.

If you believe you may have contracted the virus, call your doctor (don’t visit) or contact the national Coronavirus Health Information Hotline on 1800 020 080. If you are struggling to breathe or experiencing a medical emergency, call 000.

SBS is committed to informing Australia’s diverse communities about the latest COVID-19 developments. News and information is available in 63 languages at sbs.com.au/coronavirus.